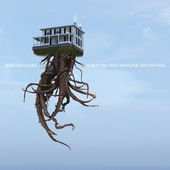 Mike Meadows is an emerging artist who has played in the biggest venues, in front of huge audiences with thousands and thousands of screaming teenage girls and yet hardly anyone knows his name.  That's because he plays guitar, banjo, keyboards and more in Taylor Swift's band. But he is a talented singer and song writer who recently released an EP ("When You Need Someone, Vol. 1")  that will appeal to fans of Taylor but also to a wide range of music lovers.  He has an easy going style that walks on the line between pop, country, folk and rock.  These five songs are all great and go along nicely with a drive in the countryside, a backyard BBQ or a live show at your local bar or coffeehouse.  Go give it a listen and show some love to one of the guys behind the biggest artist on the planet.

Have a great week and enjoy the music!