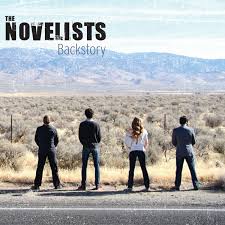 The Novelists﻿ is an outstanding addition to the growing list of bands that are creating great music using a formula that includes multiple lead vocalists (and generally male and female leads) and incredibly talented musicians.  In the same general category as Delta Rae﻿ and The Rescues﻿, The Novelists debut album "Backstory" is fantastic from beginning to end and demonstrates what can happen when true artists work together.

Have a great week and enjoy the music!
Ira
Posted by Ira Miller at 7:01 PM No comments: 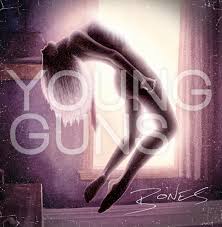 Young Guns﻿ is another outstanding UK rock band that is ready to tear it up here in the U.S.  Their latest album "Bones" is great and full of songs that will keep you coming back for more. The title track is one of my favorites (and you can get a free download of an acoustic version on their website - http://weareyoungguns.com/us/) and "Learn My Lesson" and "Headlights" are also great. Their music isn't for the faint of the heart as their songs are often fast and furious and they know how to turn it up to 11.  But it's a great ride!

Have a great week and enjoy the music!
Ira
Posted by Ira Miller at 6:40 PM No comments:

This week's featured artist is Olly Murs﻿ and I have to be honest that I'm not sure how much he fits in with the typical "emerge" label.  Olly has a big following in the UK as a former contestant on "The X Factor" over there and he has over 2 million followers on Facebook and even more on Twitter. But I had never heard of him and he is just starting to try and make a name for himself in the US. He's about to go on tour, appear on Good Morning America, etc.  His album, being released this Tuesday (4/16) is called "Right Place Right Time" and is really good!  There are a ton of styles but I can see why people compare him to Justin Timberlake. He has a great sound, a lot of pop with some urban influences (he has a song with Flo Rida and with Chiddy Bang). You can give the whole album a listen for free here: http://music.aol.com/new-releases-full-cds/#/12.

Olly may not be new to you, but he is to me and to much of the US - but I have a feeling that won't be the case for long.

Have a great week and enjoy the music!
Ira
Posted by Ira Miller at 6:21 PM No comments: 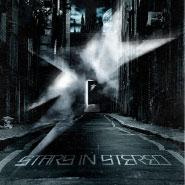 Stars In Stereo﻿ is about to release their brand new full length (self titled) album and it's fantastic.  Continuing a great trend of female fronted rock bands (Paramore, The Material﻿, etc.) Stars in Stereo has created an album that will sound great in headphones, turned up loud in the car or filling a rock club or arena. Lead singer Bec Hollcraft has such an incredible voice and the album rocks from beginning to end.  This is as good or better than anything else out there in this genre. The album is streaming in its entirety so give it a listen!
http://www.revolvermag.com/news/exclusive-stars-in-stereo-premiere-new-self-titled-album.html

Have a great week and enjoy the music!
Ira
Posted by Ira Miller at 6:36 PM No comments: